Kettlebell swings are an incredibly versatile and impactful exercise. Using an explosion of power resonating from a harmonious connection between your glutes, hips and hamstrings, they’re capable of boosting muscular power, increasing endurance and even burning the same amount of calories in 20 minutes (400) as you would on a cross country ski.

Outside of their benefits, kettlebell swings also come in a number of variations which makes them a great option for beginners and experts alike.

But if you want to know which variation works what muscle before committing: here’s a guide to all the kettlebell swing muscles worked. 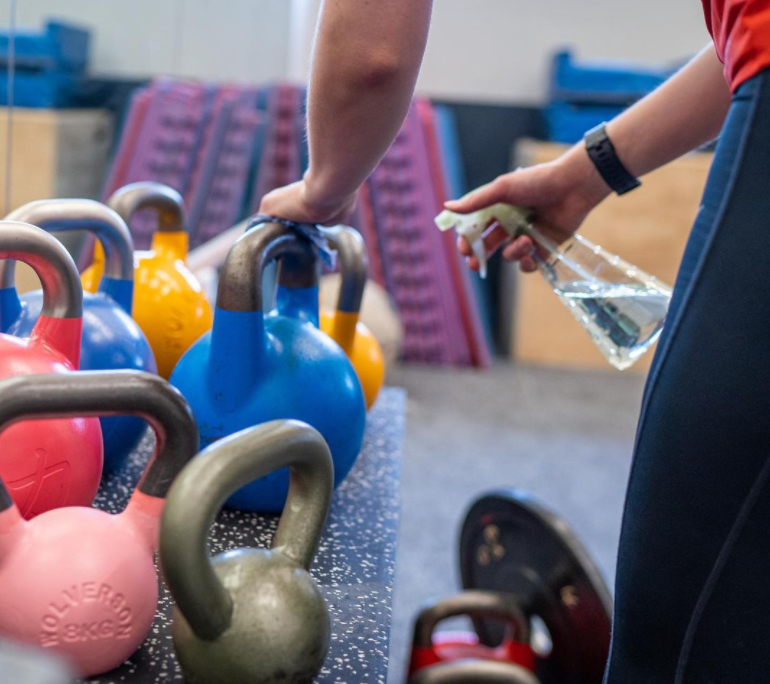 As the two handed kettlebell swing targets such a wide array of muscles, more energy and calories are required to fuel the movement, which makes a two handed kettlebell swing great for burning fat. They also provide postural benefits thanks to sharing similarities with the deadlift movement pattern and generating power from the hips and hamstrings.

The list of muscles worked by the two handed kettlebell swing is extensive and includes:

The two handed kettlebell also targets grip strength by working the muscles in the hand, as well as those in the forearms.

This is why the one handed kettlebell swing is particularly favoured for improving stabilisation. The stabiliser muscles are targeted and must work harder to maintain a squared, upright and forward position. The shoulders also get a fair share of the work because they are required to bring the kettlebell up.

In summary, the main muscles worked by the one handed kettlebell swing are:

The one handed kettlebell swing can be thought of as a glute, hamstring and erector spinae focused movement, but with added stabilisation work. 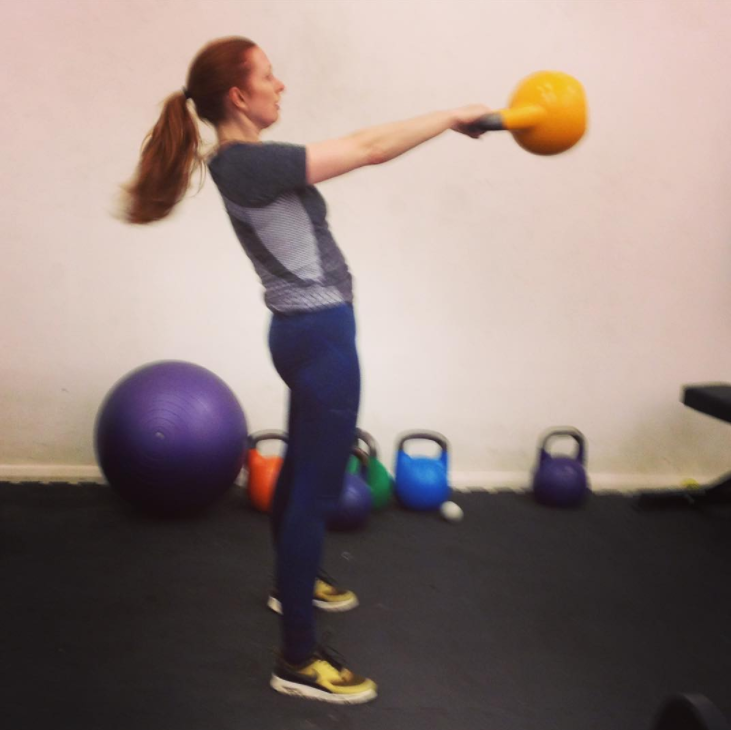 One of our athletes mid two handed kettlebell swing

The alternating version is the Russian kettlebell swing, where instead of swinging the kettlebell up and overhead, it is brought to either chest or eye level.

Both forms of this overhead variant are primarily focused on increasing the lifter’s range of motion. The American swing promotes a larger range of motion and works the muscles in the arms and shoulders, such as the biceps, triceps and lats.

Meanwhile in the Russian kettlebell swing, because the kettlebell is not being lifted up and overhead lifters can maximise their hip and posterior range, as well strengthening their arms and shoulders.

So, in summary both the American and Russian overhead kettlebell swing variants target the:

Swinging the kettlebell either to overhead or chest height also benefits grip strength, so the finer muscles of the hands are also being strengthened.

Kettlebell Side Swings are a more advanced form of kettlebell swings that can produce big results. The main factor that ups the difficulty level of the kettlebell side swing is that not all of the power is emanating from the hips – instead it’s being transferred in a completely different direction and puts the oblique muscles under much more strain.

It’s a great rotational exercise that can also strengthen the posterior chain and the back, whilst its advanced nature means that it’s a serious calorie torcher.

In total, muscles worked by kettlebell side swings are:

Finally, there’s the double kettlebell swing. This is an exercise which is gaining popularity but it should also come with the same advanced warning as the kettlebell side swing due to the doubling of the weight involved.

Primarily the double kettlebell swing takes all the muscles worked by the conventional kettlebell swing and just places greater emphasis on them. In particular the shoulders, lower back, hips and glutes benefit from doubling the kettlebells as they are made to work at a higher intensity.

Looking to get started with kettlebells?

Kettlebells are a great way to create some variety in your workouts. They work several different muscle groups at once, and the variations make them viable for those on weight loss or strength training plans with varying goals. If you’re not sure where to start or you’re looking for an introduction to kettlebell workouts, why not join one of our online strength classes or visit the Strength Ambassadors strength hub?