It’s the one you hate the most.

It’s the one you think you are rubbish at.

It’s the one you leave to the end of the session and then conveniently ‘run out of time’ for.

It’s the one you don’t want to see the point of, even though your coach/physio has recommended it. 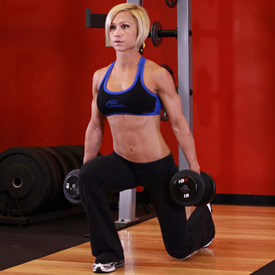 I used to get declarations like this often when I was a full time PT. The most common one was lunges: “Oh, I don’t do lunges”.

In 100% of cases, there was no physiological reason why the subject should not be doing lunges. Generally they just didn’t like them, didn’t feel comfortable doing them and found them hard.

I’m not immune from this either.

I still shy away from exercises and movements myself (although I quite like lunges).

In fact, the more experienced you are and the longer you have been lifting, the more insidious this avoidance becomes. Your movement ‘vocabulary’ is wide enough that most people – yourself included – don’t even realise you are doing it.

You’ve reached a certain level of competence so from the outside everything looks ok. But you are not improving at the rate you could be improving because you are avoiding certain movements.

I did it just the other day. There’s an exercise my weightlifting coach likes called a Klokov Row. I don’t like it and have never seen the point of it and I said so. Even with an empty 15kg bar I have never really felt what it is supposed to do.

Finally coach suggested I try it with a much lighter weight, so I had a go with a technique bar. Lo and behold, I started to feel the exercise properly. I had just been too weak to manage even an empty bar with the right movement. I had been forcing it and therefore not able to pay attention to the subtle movement of the shoulder muscles that is the key to this exercise.

The injuries I get most often are shoulder injuries. Go figure!

The fact that I find a shoulder exercise awkward is a sign to pay more attention, not to ignore it and hope the problem goes away on its own. 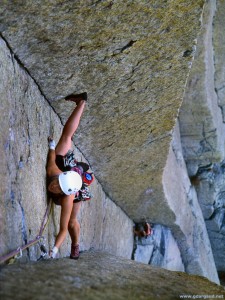 This lesson stayed with me. Yesterday I was at the indoor climbing wall and my climbing partner suggested we do some bridging routes. Bridging is a leg technique you use to climb a corner or chimney.

I haven’t done bridging for years. The last time I did it I had an uncomfortable experience, so I was not keen on the idea and was on the point of suggesting something else.

Then I remembered the lesson from the day before; if I was feeling like copping out of bridging, it’s probably the thing I should be doing. So I did the route. It all went fine and I enjoyed it. I had to think about some of the moves and trust my feet, but it made me climb better.

Are there exercises that you avoid, because you ‘don’t like’ them or you had a bad experience the last time you did them? Perhaps they are the exercises you should be doing. If you are truly interested in performance improvement, these are the signs to look out for.

And here’s a tip: if you really dislike a particular movement, find someone who loves it and train with them!