Would you like to be able to run without worrying about injury?

Do you want to strengthen and bulletproof your body so that you could go further and faster?

A major cause and contributory factor to a host of common running injuries is weak and lazy glutes – the muscles that surround your hip and butt.

Developing strong and active glute muscles will go a long way to preventing injury and improving your running form.

But even more than that, strong glutes will enable you to run faster and stronger, tackle hills more effectively and outsprint your rivals at the finish.

Developing your glutes is the best way to prevent injury for runners.

What role do the glutes play in running?

If you’ve ever been to a physio for knee or hip pain, it’s likely they’ve advised you to activate and strengthen your glutes. This is an effective way to prevent injury for runners.

The glutes extend (straighten) the hip and they also rotate the femur outwards. 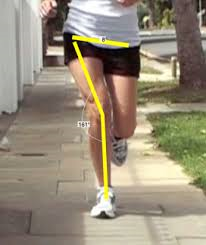 What that means in layman’s language is that the glutes:

The problem is that most of us have weak and lazy glute muscles, mainly from all the sitting down we do.

This can result in poor exercise form and eventually injury.

What injuries could I have due to weak and inactive glutes?

The following conditions are either caused by or are significantly contributed to by weak or inactive glutes.

In runners, the infamous ‘runner’s knee’ or patellofemoral pain can often be caused by the knee collapsing in during gait, i.e. knock-knees, because the glutes are not working properly to resist this internal rotation.

Many people suffer from persistent lower back pain because they have weak and lazy glutes. When the glutes aren’t doing their job properly, the body will recruit other muscles to do their job instead – muscles that aren’t supposed to be taking that kind of strain. Like the lower back!

In high intensity exercise (sprinting, jumping), lazy glutes can make ACL injuries more likely, due to the inability to stabilise the knee joint. The stronger and more active the glutes, the better chance you have of stabilising the knee joint, even under a high intensity situation like the field of play.

The hamstrings often get over-used due to lack of sufficient glute activity, resulting in tighter hamstrings, and higher likelihood of pulling a hamstring.

So now we know that having strong and active glutes is the best way to prevent injury (especially to the knees and lower back) and keep good form when running or lifting weights.

Why are my glutes not working properly? 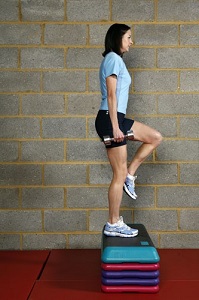 There are two aspects of glute development: activation and strength.

This means that when we do an activity that requires a lot of work from the glutes, such as running, the glutes don’t contribute they way they should. They are lazy and let other muscles do most of the work, like the hamstrings and lower back.

Doing activation exercises pre-run or pre-workout helps the brain to increase activation of the glutes via the nervous system. It reminds the body where the glutes are and how to use them!

So when you do your run, the glutes have been ‘woken up’ and contribute more to the exercise.

How can I activate my glutes?

Glute activation exercises should be done as part of your warm up, before a run or before a workout. Do the glute activation first, before you do strides or a pulse raiser.

If it’s cold out, do your glute activation exercises indoors and then go out and start running.

The following exercises can all be done as glute activation. Pick 2 or 3 to do before each training session.

Probably the most popular glute activation exercise out there. Make sure that you really target the glutes (butt muscles) in this exercise and avoid the hamstring taking over.

Recommended: 3 sets of 15 reps on each leg. 1 min rest between sets.

Simple exercise that works the core to improve posture and trunk stability as well as activating the glutes. It’s tougher than it looks!

Great exercise for the glutes and hamstrings. Forces the muscles to work hard to stabilise the knee. Because each side is worked separately, any weaknesses or imbalances will be improved over time as the weak/inactive side can’t let the strong side do all the work!

Recommended: 3 sets of 10 reps on each leg. 1 min rest between sets.

Easy glute activation with a physio band
Physio bands are very cheap and are an excellent tool to have at home or take to the gym to get effective activation of the glutes before running or workout out. Here’s how to use one:

So get activating those glutes to prevent injury for runners and happy running!